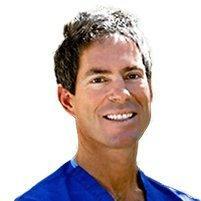 A meniscus tear can cause serious pain in the knee area. It can even keep you from walking and living your life normally. Fortunately, meniscus tears and other knee injuries can be resolved with sophisticated arthroscopic surgery. Dr. Daniel Haber at Daniel Haber MD, is ready to help Campbell, California, area patients to heal in the fastest and most effective way possible.

What is a meniscus?

Each knee has two menisci, found on the inner and outer areas in the knee. Menisci are composed of fibrous tissues, making them very flexible. Torn cartilage in the knee often refers specifically to a torn menisci.

What is the function of the meniscus?

The menisci are responsible for transferring force along the knee when you're engaged in any type of weight-bearing activity. This means that it plays a critical role in walking, running, and all movements that involve your knees. The menisci help the bones of the knee to bear weight as effectively as possible, and they also help keep the knee joints stable.

How do meniscus injuries happen?

Meniscus injuries happen in several ways, but the most common way is an irregular twisting of the knee. This often occurs during sports or some other type of strenuous exercise. When the knee is twisted beyond its normal limits, the meniscus can get trapped in between your tibia and your femur. As a result, the meniscus is vulnerable to tearing.

How are meniscus tears connected to ACL injuries?

In many cases of meniscus tears, the anterior cruciate ligament (ACL) is also damaged. Due to the close proximity of the meniscus and the ACL, a single, unfortunate twist of the knee can cause serious damage to both.

How is a torn meniscus treated?

The treatment for a torn meniscus is focused on saving the tissue, if at all possible. Surgical repair may be attempted, but if the torn meniscus has sustained too much damage, some tissue may need to be removed surgically. Dr. Haber always makes every effort to preserve the meniscus so that you can achieve the fullest possible knee function again in the future.

How long is recovery after torn meniscus surgery?

The recovery rate after torn meniscus surgery is very good, but to get the best possible results, it's important that you closely follow Dr. Haber's guidelines for recovery. In most cases, you can return home the same day of the surgery. At around the six-week post-surgery mark, patients can typically stop wearing the knee support brace and resume normal walking. More strenuous activities, such as running, are usually permitted at around a month or two post surgery, but this depends on the individual patient's rate of recovery.